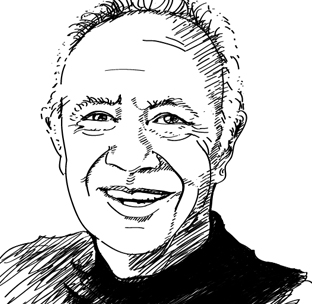 Since Monday, when I learned that Andrew Grove had passed away, two lessons that Andy had role-modeled have been rolling over in my head.

The stories of Andy challenging assumptions begins with the reinvention of Intel, a company he co-founded and took from being the big gorilla in memory chips into being the big gorilla of microprocessors – challenging assumptions like he was starting from scratch and encouraging cannibalization within the company he’d built.  I’ve never seen or heard of another founder who reinvented a giant enterprise like Andy Grove did.  He challenged assumptions when he found out he had cancer and ignored what doctors told him, instead studying on his own and choosing the unproven treatment that would in fact prove to prolong his life.

I had the good fortune of watching him in action in 2010 in a meeting at the Grove foundation.  Scott Johnson, founder of the Myelin Repair Foundation (MRF) – which I was advising – was sharing with Andy how they were connecting research across academic institutions and accelerating the launching of drugs, with a focus on results.  We anticipated that Andy would want to learn how he could take the accelerated launching approach to specific areas related to Parkinson’s disease.  In fact, much of the meeting was about the particular challenges The Grove Foundation was dealing with regarding Parkinson’s:

We left that meeting knowing that Andy Grove was not interested in MRF’s accelerated approach for a drug release. Rather, he was breaking apart everything needed to address Parkinson’s disease and bring all the resources together to find solutions – and we had just been part of his amazing and eye-opening problem-solving approach.   There was no assumption that Andy wouldn’t challenge, and he was totally focused and persistent.  Or as he often said, “Only the Paranoid survive.”

I left that meeting with a treasure – an acquaintanceship with Andy Grove. Over the next six months, he was so engaged and energized about the MRF, its challenges, and what he could learn and take back to Parkinson’s disesase that he thought nothing of calling me at any point with an idea or a question – even once at 4:00 in the morning.

The second lesson: Mentoring is part of who I am.

Intel was built into the company and culture Andy Grove built – starting with when he bought cubicles from the discount place for the first employees of the company that would become to the center of the high-tech world.  I saw the strength of the culture Andy had built when I was working with a supplier who had hired a VP from Intel, who six months later quit his new job, saying, “I didn’t appreciate the strength of support and pride I had every day when I went home from Intel.  I am returning there for a 25 percent cut in salary.   It is the place I want to be.”

When I was a new associate at McKinsey, I received a letter from Andy Grove. The president and chairman of Intel had taken time out of his busy day to tell me that the editorial I had published in the Wall Street Journal had taken courage to write and was good.  He didn’t know me then, and yet he mentored me.

I would go so far as to say that part of why Silicon Valley is so special is because Andy Grove built it to be a place of mentorship.

When I see an article of his I drop everything else and read it on the spot Here is an article by Andy Grove that I would encourage everyone to read – both as a great illustration of the value of challenging our assumptions, and as a way to let Andy mentor each of us.