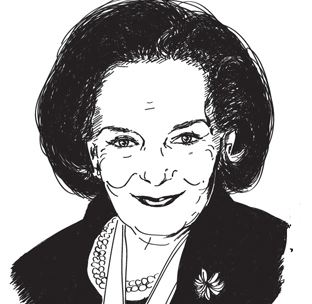 From corporate boardrooms to small-business incubators, from academic conferences to MBA classrooms, discussions center on re-inventing management. McKinsey and Gary Hamel are offering generous prizes for reinvention ideas.  But why re-invent something that’s been invented and practiced for centuries – from building pyramids to organizing classrooms?

As a discipline, managements can be traced to the mid-nineteenth century. Management has made possible a world in which organizations are so woven into the fabric of our lives that we take them for granted, from art museums and advertising agencies to zipper manufacturers and funeral homes.  One might even say that today a civilization is the summary of the organizations that exist. And yet so often we complain about “bad management,” “tone-deaf management” – whether we’re talking about an airline that has surly employees or a cruise ship that sinks while the captain appears to be cavorting.  Why does management constantly frustrate us?

Management has a history of creating idea after idea, a permanent revolution – Theory X versus Theory Y; lean manufacturing; the balanced score-card; the learning-organizaiton, 6-sigma and total quality control; Porter’s five-forces; re-engineering, empowering, change-management, clustering, integrative design…Today, over three quarter of a million people are studying management at the graduate level and it is the most popular undergraduate degree in the world.  Yet universities are teaching the theories of the day, not the time-tested lessons of practice.

Too often, we throw away what we know in a misguided attempt to create a new theory. For example, when Tom Peters and Bob Waterman wrote In Search of Excellence, they documented timeless principles about great management. Unfortunately, years later when several firms they featured failed to deliver, the lessons were pushed aside.   When the Dana Corp. went bankrupt in 2008, for example, the media stopped reciting lessons from visionary CEO Rene McPherson.

If the Hostess Co. had learned from Rene McPherson’s lessons, 18,500 people would still be employed and making a difference. Consider this line from McPherson: “The way you stay fresh – you never stop traveling, you never stop listening, you never stop asking people what they think.” The maker of Twinkies and Ring Dings died when management stopped challenging practices and assumptions, and the old way of doing business was assumed to be the right way – the only way.   Hostess died when it stopped respecting customers and when  new ideas were not encouraged.

We do not need to reinvent management.  We need to synthesize what we’ve learned over the decades, make it practical, and individually and collectively reapply the lessons to the challenges of tomorrow.   The biggest failure of management is the habit of taking a snapshot of a moment in time and try to reinvent theories, rather than to recognize that management is a living practice. In that way, it’s like medicine. Even the experts have a great deal to learn from past practices  and thousands of decisions, adapted to today’s context.

A great idea in management is a great idea, whether in the era of industrialization or connected-commerce. When Jim Collins wrote Built to Last, he jokingly told his publisher, “We should just call it, ‘Drucker had it right.’”  His co-author Jerry Porrassaid, “How about Waterman and Peters had it right.”

Waterman and Peters credit Chester Barnard, the pioneering AT&T executive who said corporations will collapse unless they emphasize effectiveness of people.  Chester Barnard was the Steve Jobs of the 1920s and 1930s.

Rather than embracing the next new idea, management needs access to the notions and experiments that have been tested, the practice that’s made a difference.  That’s why we have drafted an interactive tool to help managers access the best ideas.  We named it TheME, which stands for “The Elements of Management Effectiveness.”  It is available on the Web at NYCP.com or at the App store for the iPad.

Its integrated framework provides users easy access to quotes, video clips, anecdotes, and exercises for solving problems, envisioning a new venture, starting a conversation, or simply learning about management, past and present.

As Peter Drucker phrased it, from the outside, business can look like “a seemingly mindless game of chance at which any donkey could win provided only that he be ruthless.  But that is of course how any human activity looks to the outsider unless it can be shown to be purposeful, organized, systematic; that is unless it can be presented as the generalized knowledge of a discipline.” Our challenge: present management as a generalized knowledge. Management must reapply its lessons; it must revive to survive.  Take your hand to ThEME.   Let us know the lessons that are missing, as well as those lessons that you find useful. Tell us how you are using history to create tomorrow.