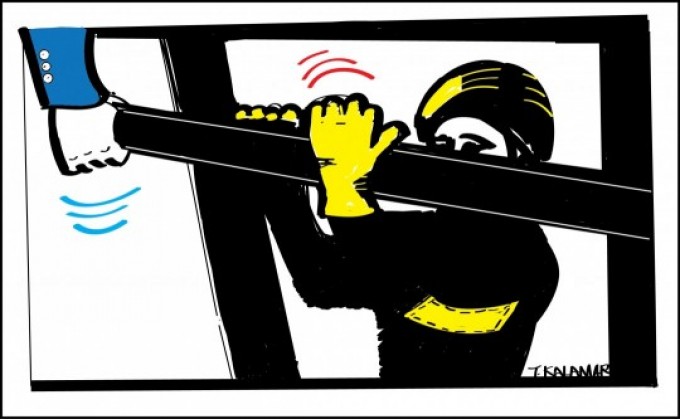 Where are you, Joseph Scanlon? The bonds that hold Americans together seem to be breaking apart as the 99 percent confront the 1 percent, or politicians highlight the 47 percent “who believe they are victims,” and as  outsourcing and downsizing stir resentments.

I’m convinced we desperately need the genius of Scanlon, a professional boxer turned accountant and organizational innovator. By helping workers and management find common cause, Scanlon did more than almost anyone in the past century to save American companies and their jobs.

Scanlon is rarely mentioned these days,  so a brief background:  In the 1930s, he was an accountant at an Ohio steel mill, where tenselabor-management relations and challenging economic times had driven the business near  bankruptcy. He proposed that the company president take the unusual step of attending a steelworkers union meeting.  The result was a groundbreaking agreement: workers promised to find ways to produce higher quality steel more efficiently, while cooperating with managers on deciding how  to measure improvements and defining success for the company. The savings would show up on paychecks; everyone would have a tangible stake in jointly making the company more competitive.

The union and management had to  go beyond simply cooperating; they had to trust each other, test and learn from new ideas together. The result:  the company was resuscitated, the mill stayed open, and everyone’s jobs were saved.

Scanlon became a local union president, and then research director for the National Steelworkers of America. His approach spread far beyond that Ohio steel town. A machine tool company in Massachusetts soon copied it, as did many other companies.  Professor Douglas McGregor invited Scanlon to teach at MIT, where he developed the “Scanlon Plan.”

Much of the gains at these companies was built not on the formula, but on Joe Scanlon’s broader perspective on labor-management cooperation. With greater transparency in their organizations,  he believed, workers would become involved in problem-solving. Breaking from the views of many management experts of the early- and mid-century, he argued that money was not the only motivator; workers wanted to believe in their company and take part in changing it. Workers yearned  for greater involvement and recognition.

No one in the nascent field of management studies caught the imagination of the media and the public like Scanlon.

“The most sought-after labor-relations adviser in the U.S. today is Joe Scanlon, 56, onetime prizefighter, open-hearth tender, steel company cost accountant, union local president and now a lecturer in industrial relations at Massachusetts Institute of Technology,” a glowing profile in Time magazine proclaimed in 1955. “Wearing an open-neck sport shirt and studding his shop lingo with four-letter words, Joe Scanlon looks and sounds like anything but what he is: a fervent evangelist for the mutual interests of labor and management, who knows how to sell the idea to both sides.”

Although he had a notable impact a century ago, what does Joe Scanlon have to offer in the digital age? We live in a different world.  Those workers were doing repetitive tasks, sometimes on complex machines, unlike today’s growing legions of  knowledge  workers.

Many executives fail to understand  how to make the most of the impact of knowledge workers on their organizations – how to capture the ideas of engineer in the GM research lab or the salesman on the floor of the AT&T store.  In fact, many workers –  are less than fully engaged in their organizations. Having workers feel bound  to the successes of their companies is even more vital these days. Millions continue working from home long after traditional 9 am – 5pm shifts are over, and millions more work remotely, without supervisors or colleagues nearby.  Employees are shouldering greater responsibility  as  customers demand more responsive service and customization based on their unprecedented knowledge of the competitive landscape  And despite their greater autonomy and status, knowledge workers aren’t  fully invested in the companies they work for – they feel like modern-day steelworkers, who could be replaced at any time by cheaper substitute workers far away. Or even machines.

We need updated answers to the Scanlon Challenge for enterprises in this century: 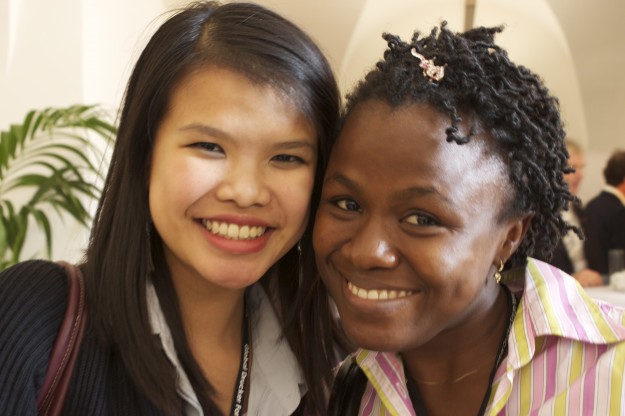 Thanks to Richard Straub and the Drucker Society for inviting us to be a part of this year’s Drucker forum and write on their blog.  We look forward to next year.