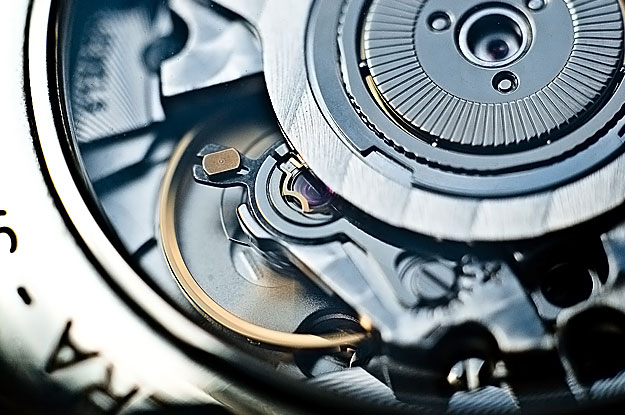 Because of the unceasing, 24/7 demands of work, most executives don’t take time to reflect on the lessons from business history.

They should.  The past decades offer insights and guidance for today’s managers, even those in global and high-tech companies.

Consider one of the most-famous but least-understood studies of the 20th century: the Hawthorne Experiments.  The project marked the first time in management history that the power of collaboration was recognized. That was 80 years ago, in 1932, when the first results were reported.

The experiments were resulted from a confluence of factors – a CEO open to outsiders, a team of researchers who knew which questions to ask, and a country searching for answers about productivity.

The power of collaboration has never been as powerful as it is today in the connected world.  In a moment, I will show how a multinational company, Unilever, these days successfully draws from the knowledge gleaned back then. But first a quick recap of those groundbreaking experiments:

Hawthorne Works, a Western Electric plant near Philadelphia, was a studied for eight years staring 1924 and 1932, roughly the time of Franklin Roosevelt’s administration. The President and Congress worked together then to push innovation: The Tennessee Valley Authority built dams and power stations in the South; Social Security started; the Civilian Conservation Corps hired 250,000 young men (at that time, women were not included).

Fortunately, Western Electric – the manufacturing arm of AT&T – had a president, a retired Army colonel, who was persistent in seeking answers. Five teams of engineers had studied the plant and could not find methods for enhancing the productivity or improving attendance on a particularly vexing assembly line. They’d tried financial incentives, but even those failed.

At the time, business leaders believed in the rigid Scientific Management of the leading theorist of the time, Frederick Taylor. But Hawthorne had the experts wondering: Why couldn’t human cooperation be exactly determined by the administrative organization?

Consider two parts of the research. One, the Relay Assembly Experiments, identified several variables on the productivity of workers assembling telephone relays. Some of the variables: Changing payment to a group amount, as opposed to individual payments; changing the length of breaks; shortening the work day; introducing sympathetic observer.

Researchers found that changing a variable was almost guaranteed to increase productivity and output; that worked even if the variable simply meant switching back to the standard environment. Elton Mayo, the Harvard professor who oversaw the experiments, realized that human nature can adapt quickly and regain “equilibrium.” More important, when the group returned to what it considered the normal environment, production increased.  The team was now functioning in a way that “gave itself wholeheartedly and spontaneously to cooperation in the experiment,” Mayo noted. The experiments showed the importance of employee attitudes and sentiments, even as pay incentives failed to boost productivity.

In a second phase, called the Interviewing experiments, workers opened up to the interviewer about personal and business matters. Again, productivity increased, bolstering Mayo’s notion that cooperation provides for social needs.

The takeaway for today: An effective supervisor is one who can look at the whole of the human problem, and remain personal while maintaining enough distance to remain impartial.

The major breakthrough from these works was the realization that collaboration cannot be left to chance. As Mayo wrote:

“For at least a century of the most amazing scientific and material progress and by inadvertence we have abandoned the effort of collaboration. Our methods are all pointed at efficiency; none at the maintenance of cooperation… we do not know how to ensure spontaneity of cooperation – that is, teamwork.”

Teamwork, of course, is as vital today as it was then.  Mayo added:

“The desire for continuous and intimate association in work and with others remains a strong, possibly the strongest human capacity.”

Probably the most perceptive synopsis of the Hawthorne effect came from Stuart Chase, writing in 1941 for Reader’s Digest.  He said, “There is an idea here so big that it leaves one gasping – a management man and a union man did not have a difference of opinion. “

Chase went on, “Their whole attitude had changed from that of separate cogs in a machine to that of a congenial group trying to help the company solve a problem.”

That collaboration is especially important these days, when companies face competitors thousands of miles away. The difference today is that the best managers recognize that workers want connections not just in the same company, but with the outside community, the larger world – and even with customers.

That brings me to what is required today:  Innovative connectors or collaborator, rather than  competitors.  This is what Michael Porter means when he discusses clusters.   This is what Unilever CEO Paul Polman is doing to take Unilever from a stodgy company without the “edge” of its rivals, Procter & Gamble and Colgate; now Unilever is a connector of the future. Polman, who cut his teeth at P&G, has emphasized corporate social responsibility. A marathon runner and mountaineer, he’s made sustainability the key phrase at almost every level of Unilever.  He often discusses with Oxfam’s Barbara Stocking – who until very recently opposed multinational companies like Unilever– how together they can use less water in food production.  “At Unilever,” Polman has said, “we believe collaboration will become the only way of doing business in the future.”

While other chief executives deny or ignore scientific findings about climate change, Polman has embraced scientists and asked for their help changing manufacturing, the supply chain, and distribution. The Unilever Sustainable Living Plan, which started in 2010, sets a goal of doubling the size of business by 2020 while reducing environmental impact.  It includes promises to help a billion people worldwide improve their health, and to source all agricultural raw materials sustainably. Science, the plan says, will be “a critical catalyst and enabler of behavior change.”

In Polman’s words:  “In a world where temperatures are rising, energy is costing more, sanitation is worsening and food supply is less secure, companies can no longer sit on the sidelines waiting for governments to take action.”

He continued, “We have to see ourselves as part of the solution to these problems.”

Unilever’s pro-environmental stand has led to unusual alliances.  For example, the company has endorsed the U.N. Global Compact, which calls on companies to join with government and labor for sustainability and transparency.  And this year, the company announced the formation of The Unilever Foundation, “dedicated to improving the quality of life through the provision of hygiene, sanitation, access to clean drinking water, basic nutrition, and enhancing self-esteem.”

Polman’s actions were unheard of in the consumer industry just a few years ago. Yet they’re boosting the bottom line. Even during a worldwide recession, Unilever’s business has increased, and employee retention is up. There’s a buzz inside and outside the company.  Unilever seems to be inspiring other companies, such as Wal-Mart and Deloitte, which have announced that they view sustainability as good for business.

This is the continuing legacy of the Hawthorne Effect.

And now, a challenge:  Identify an important problem at your company, school or non-profit.   Ask two colleagues how a new collaboration could solve that problem. What can your company draw on Hawthorne’s lessons to increase productivity and satisfaction of employees?